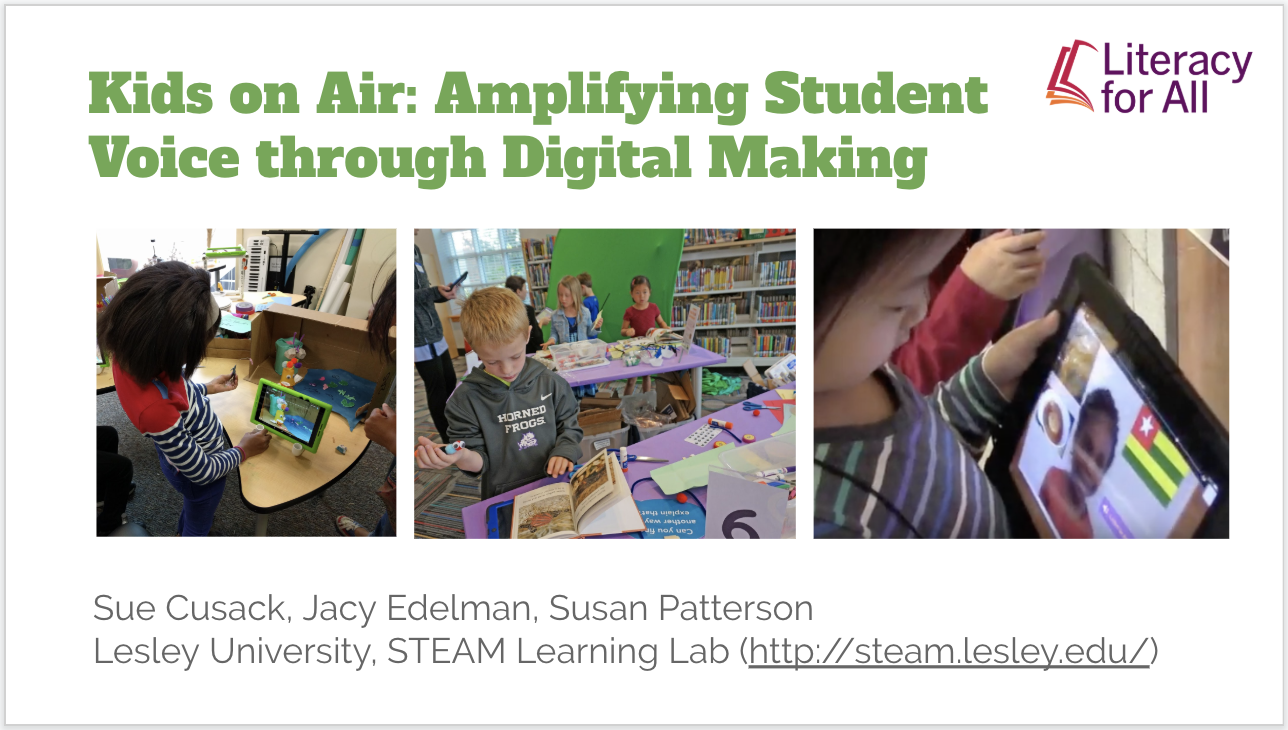 When asked how they would like to present their informational texts on habitats, a group of third grade students unanimously chimed, “the green screen!” The project began with each student identifying a habitat they wanted to study. Research started in the classroom and school library, where students read habitat-specific books and narrowed in on an animal of choice. The group recorded notes in their science journals, distilling their reading into informational bits related to each animal’s environment, prey, and physical characteristics. We then discussed the idea of an essential question to build a deeper focus on one aspect of their animal. It was agreed across the board that everyone was interested in finding out how each animal survives in their respective habitat, but students felt they needed to do more research to explore this question, so we moved onto the iPads where they could access Newsela.com and Kids InfoBits. Newsela.com is a website that produces Lexile-leveled articles on current events neatly organized into categories such as: science, kids, money, law, etc. Students also accessed Kids InfoBits, which is a student friendly database that houses a wealth of text, images and videos. (See student tutorial below.)

Together with the teachers, students chose articles closely related to their animal/environment and set about close readings of the text to hone in on the main themes. After another group check in, it was then determined that all of the students were intrigued by the idea of how climate change was affecting their chosen animal, and essential questions were altered to address this specific interest. It was also agreed that they would like to share their research with their peers by creating public service announcement (PSA) videos using the Makerspace green screen, with one student choosing to make a stop-motion animation using the iPad app myCreate. Once students felt their research was complete, we watched examples of PSAs online to get a sense of how they are crafted to share a strong message with the audience. Inspired by the possibilities, they eagerly jumped into storyboarding, which included writing a script, with specific dialogue for each scene. Students conferenced with a teacher one-on-one to choose corresponding images, music and/or sound effects for each scene. We made sure to use only images and music that were free under public domain.

Students took turns filming their scenes in front of the green screen (simply a large green cloth backdrop!), reading their script off of the SmartBoard projection. The one student doing the stop motion created a backdrop and characters out of felt, and using myCreate on her iPad, took a still image of each different movement of her characters that were automatically combined into one timeline video. Lastly, the green screen and myCreate footage were brought into iMovie, where students worked with teachers to add in images, music, or narration to their video. The final products shared out with third grade students and families to much applause.